Hatebreed put together an awesome tour that came through Charlotte this week for a sold out show. They brought Obituary, Cro Mags, Terror, and Fit For an Autopsy with them. There was an early start time so I didn’t make it to Charlotte in time for Fit For an Autopsy, a band I’ve never listened to before. I lined up in time to hear Terror start as I was waiting to get in. Turns out the venue’s will call in in a totally separate building than the venue so I got to go back to that and then wait in line again. I suppose this is only an issue if you’ve never been there before, like me, but this is a pretty stupid quirk of the venue. The venue was fine, nothing special about it, just a room. They did have signs posted around that said “no moshing” which is laughable for a place that booked Terror. At least there were no security guards, who only seem to instigate problems at shows, like we’ve all seen at these types of venues, I should give them credit for that.

Anyway I could hear Terror start with Lowest of the Low while in line so I just had to stand ready to be released directly into pit like a pinball waiting to be ejected. I didn’t do any standing around once I got in so no pics of Terror or Cro-Mags. Terror played a decent length set hitting a lot of old favorites as well as newer songs. I’m still a little sore, it’s not 2005 anymore, I’m old.

Cro Mags, the John Joseph version, was next. I’m not totally surprised that not that many people at a Hatebreed headlining show in 2019 were into them but it was still a bit disappointing. It seemed like the same group of maybe 20 people were singing along and moshing. I know it’s not the classic lineup but that’s probably never going to happen again and this was an awesome chance to see John Joseph preform classic songs from the landmark Cro Mags album The Age of Quarrel. I thought their set was great and was the definite highlight of the night for me.

Obituary was up next. This was the third time I’ve seen the longtime death metal band, although all three have been relatively recently. There is a pretty big sound difference in them and Cro Mags and it took me a while to get into their set. I liked them the times I’ve seen them before I just think this was a case of getting overshadowed to me since I’d just seen a band I listen to a lot more for the first time. Also maybe I was just physically tired after running around during Terror and Cro Mags. Again I’m not in 2005 shape anymore.

Headlining the night was Hatebreed. I’ve seen them numerous times over the years. They usually do a good job of picking opening acts, every time I think I’ve seen them enough they have another stacked tour lineup. Their first full length album Satisfaction is the Death of Desire is one of the best hardcore albums of all time. They are more of a metal band now but they always seem to love breaking out those old classic songs. The previous time I’d seen them they played almost the whole album. This time there was more new stuff but still enough old songs from Satisfaction…, Perseverance, and The Rise of Brutality to keep me into the whole set. It didn’t top seeing them play old material in a much smaller venue last time but was still a fun show. They mentioned they are coming back as the opening band for Dropkick Murphys and Clutch on an arena tour. I don’t think I’d want to see them in an arena. The picture below is the farthest away I’ve ever seen them from I think. 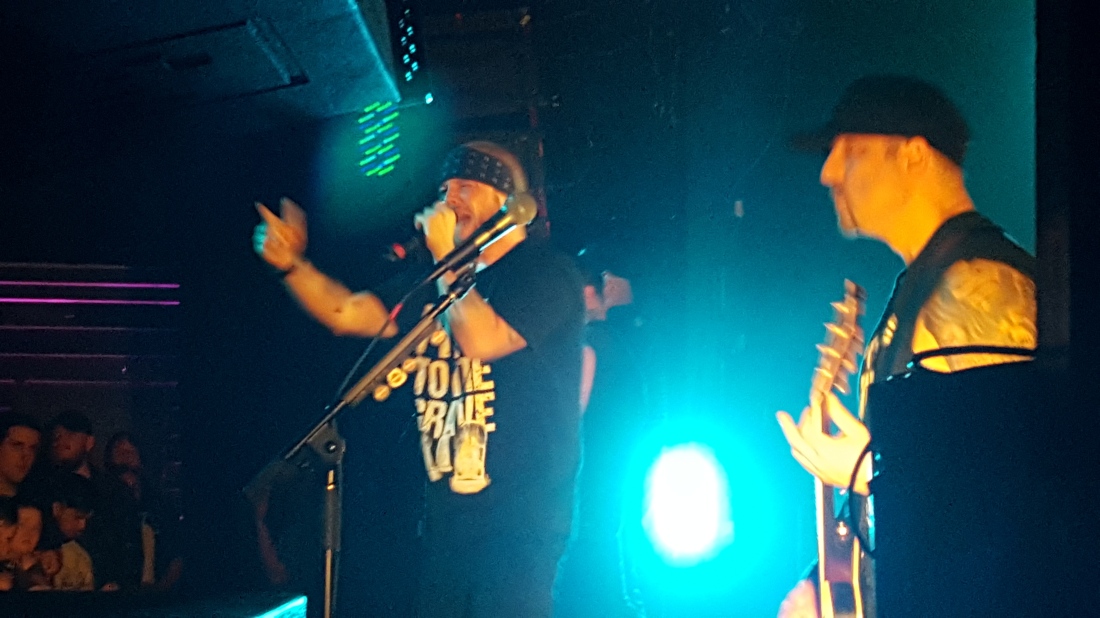