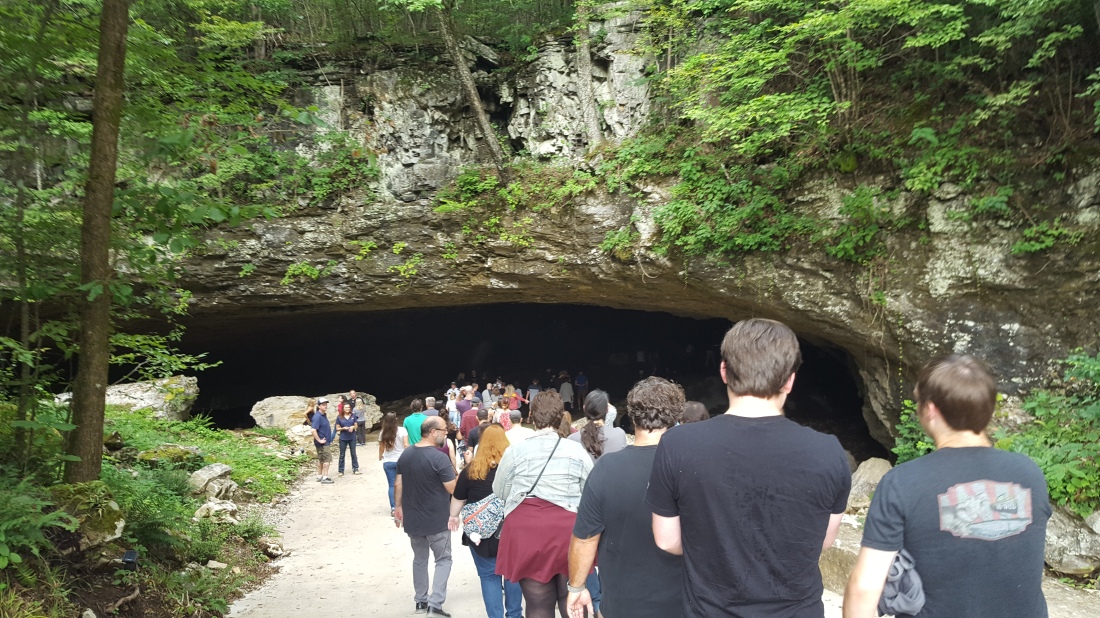 I’ve been to many shows over the years from tiny DIY venues, to stadiums, to buildings that now are Domino’s pizza and people are just going around buying shitty pizza not knowing that Nile played there. So when a friend, who for privacy reasons I’ll refer to as A. Hagin invited us to go see Band of Horses inside a cave we decided it was road trip time to go to a totally new kind of venue for us. After 5 hours in the car, a trip to Lookout Mountain, and a hotel in Manchester, we meet Allison H. in Pelham, TN the next day for the sold out show at The Caverns.

I’m not really sure what I was expecting, Ben Bridwell in a prospectors hat, sitting on a rock while we crowd around and he plays acoustic guitar? Well that definitely wasn’t it. The Caverns is a concert venue that just happens to be inside a cave. There’s beer stands, merch lines, fully functional bathrooms, even food. Like a cave, it was a bit chilly and water dripped from the roof making the floor wet and a bit muddy at all times. And it is a concrete floor, man made. That said it is a cool venue, the acoustics sound great and the surroundings make for a unique experience.

The opening band was Bonny Doon. I wasn’t familiar with them but they opened the whole tour for Band of Horses and did a good job. They held my attention for their whole set even if the majority of people seemed to be closer to the entrance of the cave where the beer and food was.

Being a cave Band of Horses had to walk past the crowd to take the stage, there was no green room further back into the cave or something. Frontman Ben Bridwell is the only original member left from the band’s debut album Everything All the Time but that didn’t stop the band from playing a set based mostly around it and it’s follow up Cease to Begin. It was the last night of their tour, well sort of night, the show was doors at 4PM, show at 5PM. Maybe they felt like throwing out a lot of fan favorites to end the tour. Favorites in my opinion anyway, I’ve liked every album Band of Horses has released, you can count on solid material from them, but the first two albums are easily the top choices for me.

This was my third time seeing them. I caught them last year and then also way back on new years 2008/2009. The set was actually probably closer to the new years show than the one from just last year. In addition to the old material they also played their singles from newer albums, Knock Knock, Casual Party, Laredo, and In a Drawer, as well as, covers of Neil Young’s Harvest Moon and the Replacements Can’t Hardly Wait, which were cool choices that suited the band well. The cave sounded really good when they did take it down to acoustic for a few songs. Unable to do a fake encore they just had to announce when the fake encore would have taken place, then they had to file past everyone to leave, giving out high fives on the way.

It was still light out after the show, which was good considering the long drive we all had. I would guess they had the show early to attract people from Nashville to drive in and not have to worry about getting in super late. I doubt I would drive five hours again to see a cave show now that I’ve done it but it was a cool experience. If I lived in Chattanooga if might be my favorite venue (might, because I’ve never gone to any venue in Chattanooga, ever). If I lived in Nashville I don’t know that I’d repeatedly make the drive for the novelty of seeing a band in a cave. It sounds great but Band of Horses would have likely played the Ryman if this were a Nashville date and it, of course, sounds amazing too. There are lots of fans to go around though, so I’m sure The Caverns has, or will have, their own niche. 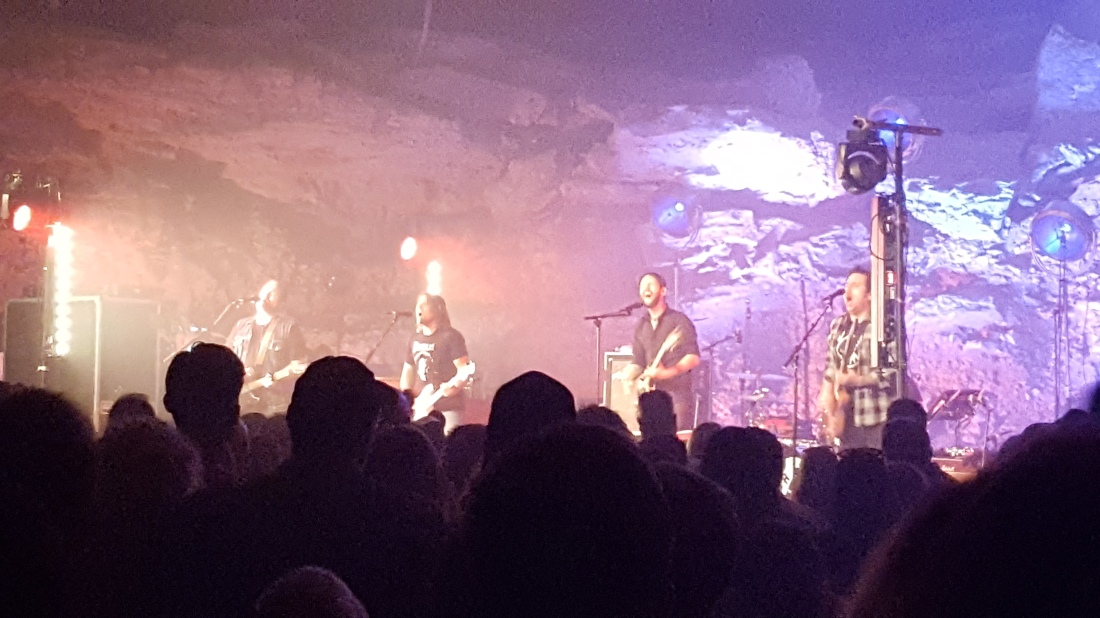 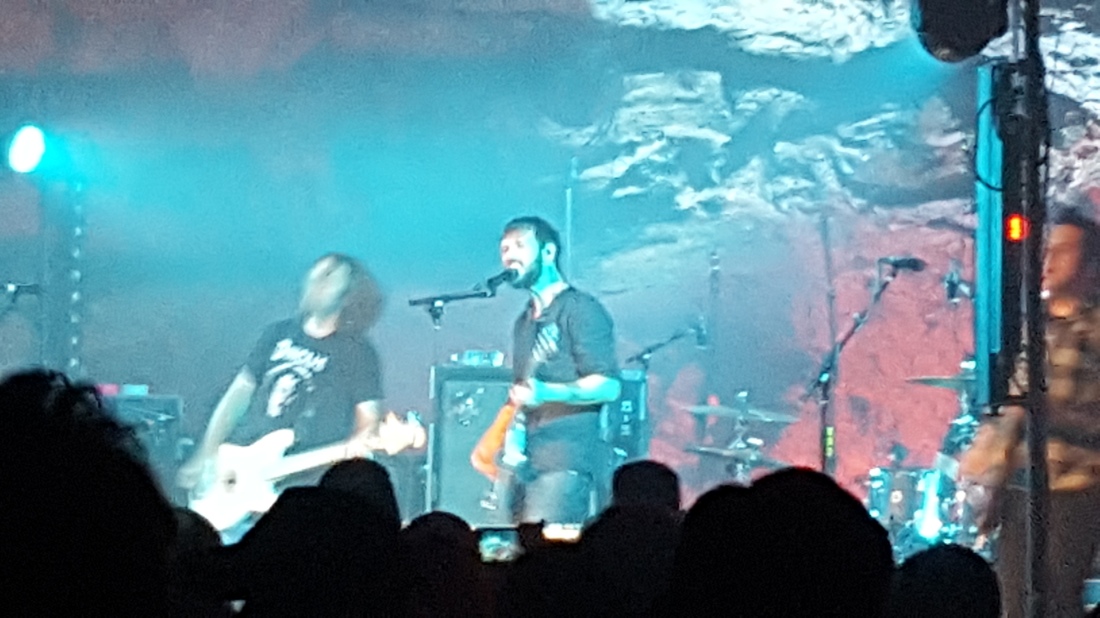